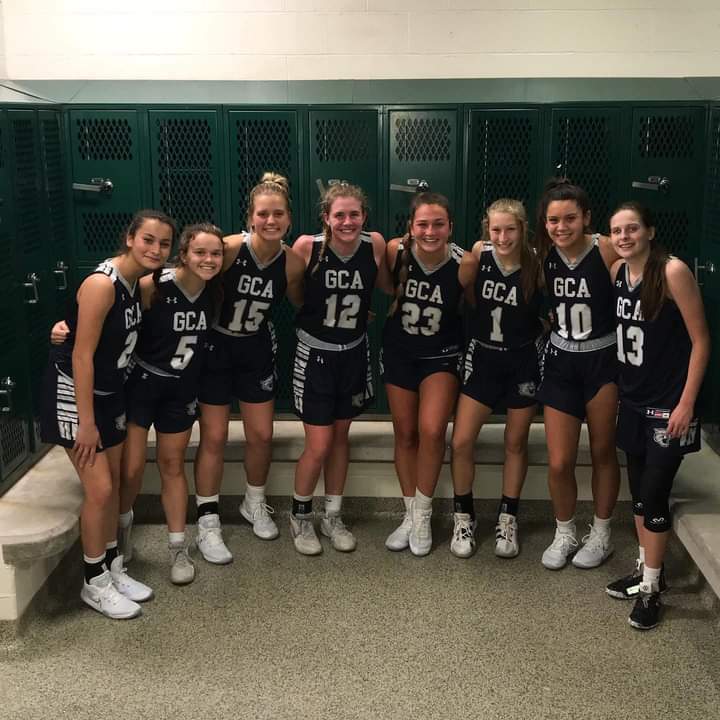 The Greenwood Christian Academy Lady Cougars basketball team scored a big win Saturday night, traveling to Triton Central and defeating the top ranked Tigers 58-49. After a back and forth start, the Cougars found themselves trailing 18-11 midway through the second quarter. A 14-2 run helped them gain control and take a lead into halftime. They controlled a tight game throughout the second half, and 14-16 free throw shooting in the 4th quarter sealed the game for the victory. Izzy Reed paced the Cougars with 29, Brooklyn Stubblefield added 13, and Savvanah Frye had 10.
The GCA Lady Cougars Junior Varsity Basketball Team, lost Saturday night at Triton Central 61-22. Adgie Doria scored 14 to lead the Cougars.
The Cougars next action will be at home next Saturday when they will face Class 4A Decatur Central for a 12pm JV and 1:30 Varsity start.