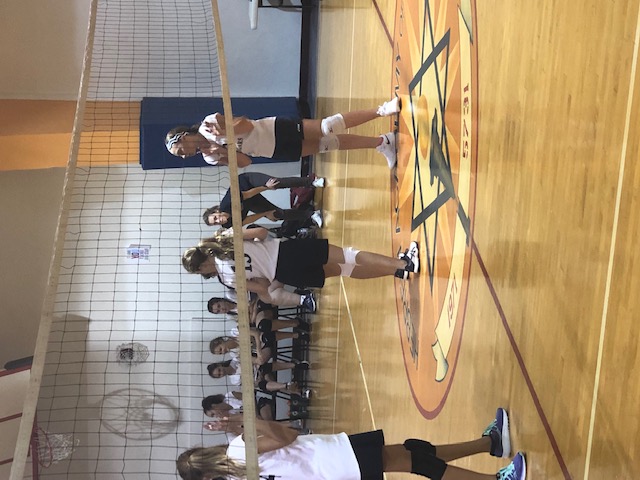 In their first match of the season, the 7th/8th girls volleyball team played valiantly against a Hasten Hebrew team in their third of the season who were accustomed to playing with the low ceilings of their gym. The Cougars started off fast and really worked to use all three of their hits, but in the end could not overcome some mistakes. The team is next in action on Tuesday, Aug 27 at Kingsway Chr., game time is 6:00pm.