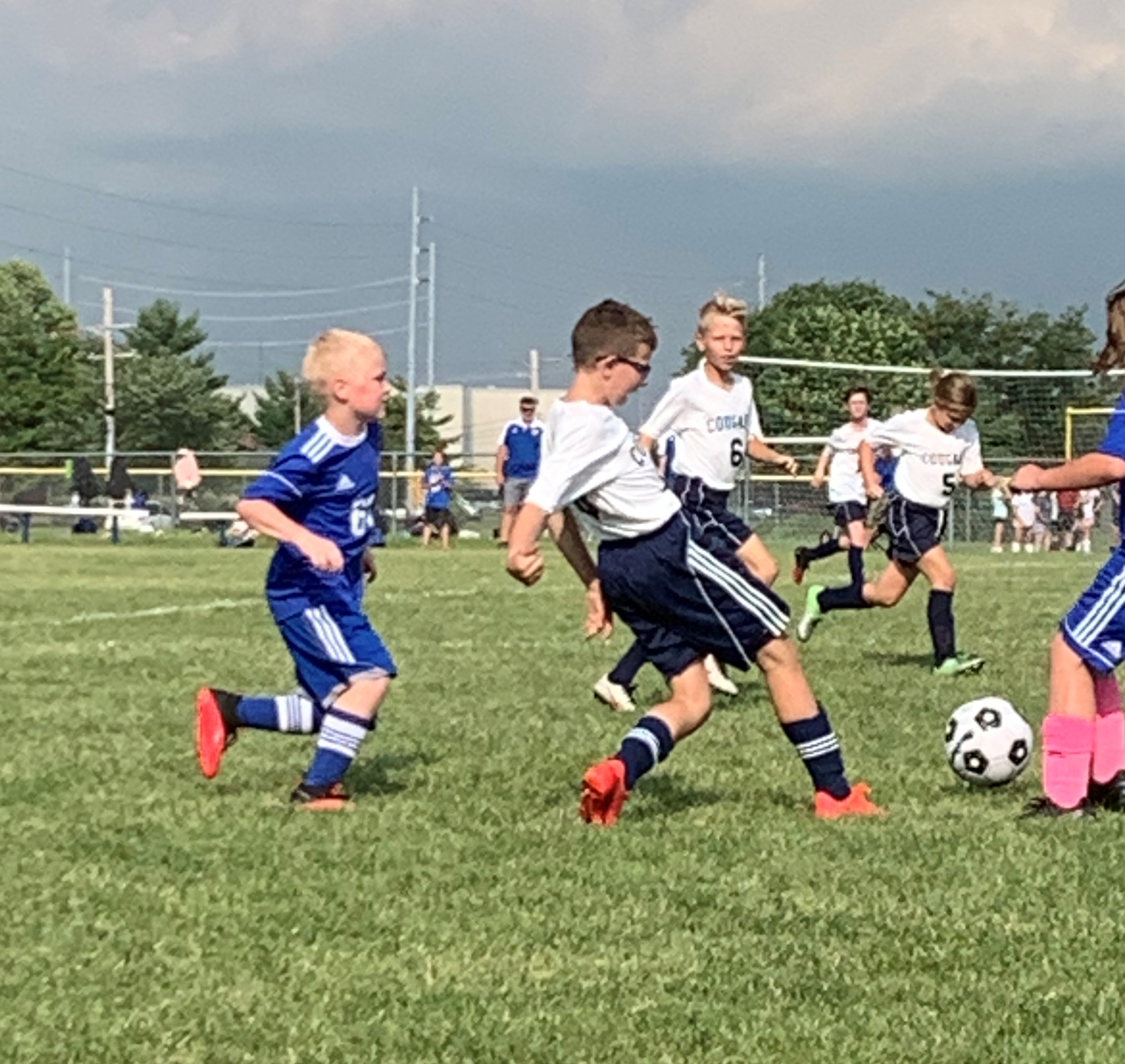 The 5th and 6th grade soccer team won Monday evening against Southside Thunder. The final score was 10-0. Scoring began with a nice assist off the foot of Carson Boyce to Finn Satre who wasted no time drilling the ball into the back of the net. Grahm Afterkirk scored the Cougars’ 2nd goal off an assist from Caleb Flint who then continued his giving ways by sending the ball to Caleb Amador who scored GCA’s 3rd goal. Grahm Afterkirk also had a strong hustle play of his own scoring his 2nd goal of the half. Josh Graves craftily danced along the sidelines to deliver a fantastic assist to Josias Amador who drilled the ball past a diving goalie’s fingertips. Josh was also feeling more giving as he had his 2nd assist of the game to Max McNichols who scored Greenwood Christian’s 6th goal right before halftime.

The 2nd half began with Grahm scoring 2 quick goals, one off a sweet assist from Annaleece Jackson. Annaleece also felt the need to give having assist #2 to Will Simons who scored. Caleb Amador in the second half was helping out the defense but was able to dribble from one end of the pitch to the other scoring his 2nd goal of the game.

Defense was led by Brayden Noel, Ava Hanson, Reagan Willis, and Randy Stout. Viona Ward and Addi Garrison both played strong having both made incredible passes throughout.