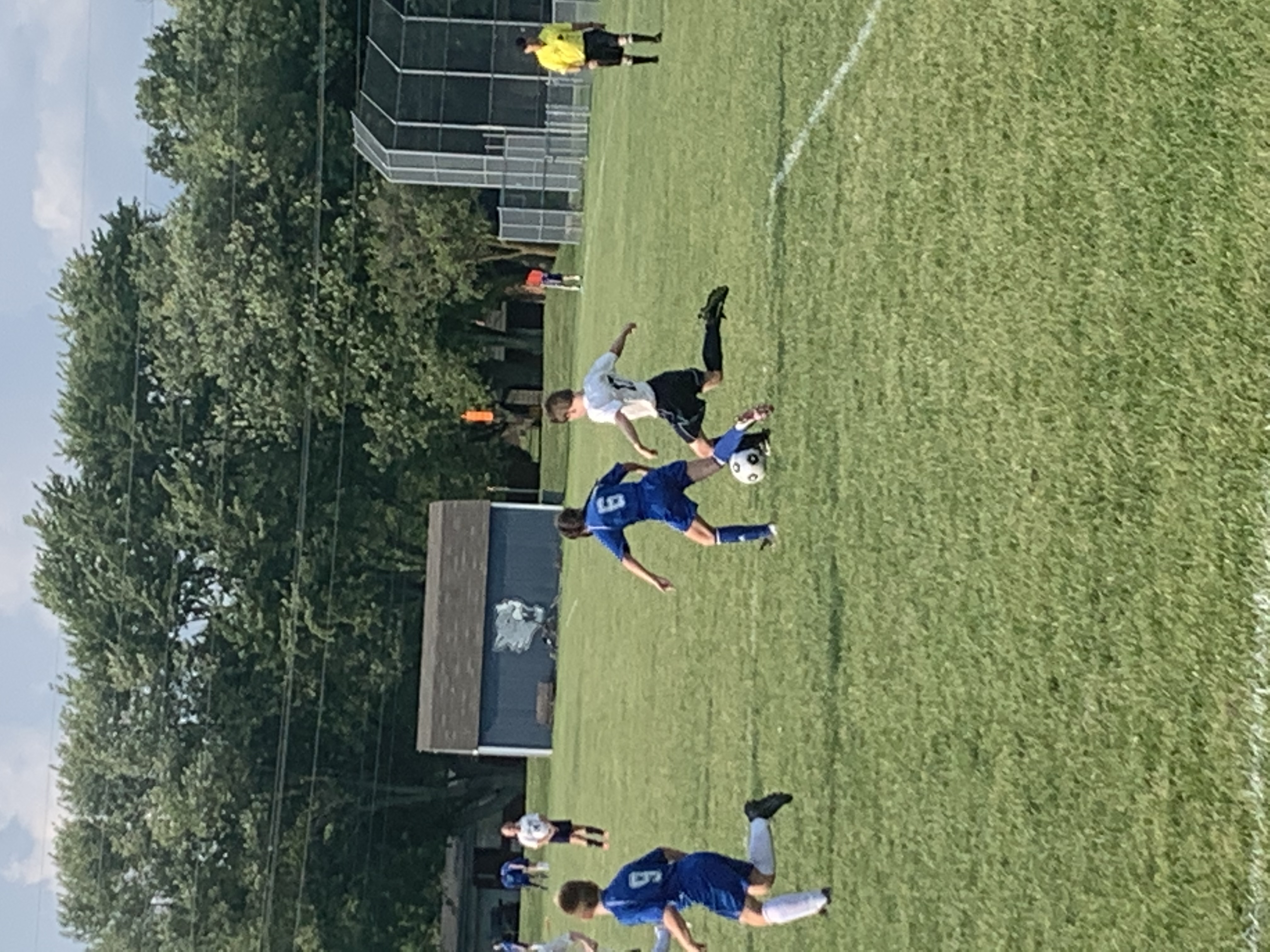 The 5th & 6th grade soccer team was at it again Tuesday evening taking on Kingsway Christian School. GCA started off scoring with brotherly love having Josias Amador sending a sweet pass to Caleb Amador who drilled the ball into the back of the net. Minutes later Caleb dropped off a pass to Grahm Afterkirk who scored his 1st goal of the game. Caleb Flint scored off an assist from Max McNichols to put the Cougars up 3-0. Josias Amador scored the next 2 goals, one of which was off a PK. Max put Greenwood Christian up 6-1 at halftime off an assist from Caleb Amador.

The second half started much like the first with Grahm scoring 2 quick goals, the 1st off an incredible assist from Finn Satre. Caleb Amador had a great arching free kick for his 2nd goal of the game. Will Simons enjoyed time at striker after playing the 1st half in goal by scoring the Cougars’ 10th goal. Josh Graves had his best game of the season and after 2 near goals in the 1st half scored on a true hustle play of his own. Max McNichols scored the next goal of the game (his 2nd) off a crafty assist from Annaleece Jackson. Brayden Noel finished off the scoring for GCA by bending the ball over the wall of defenders and into the net.

Norah Herndon spent time at goalie and was helped on defense by Mason Steele, Ava Hanson, Randy Stout, and Reagan Willis. The final score was thirteen to one.