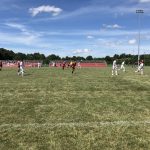 Boys Varsity Soccer · Aug 24 Boys Varsity come home from a battle with Edgewood with the win! 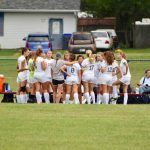 After a tough battle on the road, the Cougars lost to Edgewood High School 2-1 Thursday night. Possession was fairly even between the two teams first half with the Cougars having slightly more shots on goal. However, after forty minutes of shots, saves, and defending the score was still tied at zeros. In the first 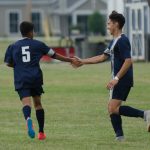 Varsity Girls’ Golf Match at Speedway and 7/8 Soccer have been cancelled this evening due to weather.  Coaches will communicate any rescheduling if needed. 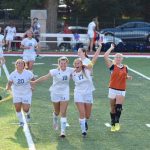 The Cougars came out strong for the first official game of the season beating Shortridge 4-1. Freshman Adeline Jolley started off the game scoring within the first ten minutes of the game with an assist by senior captain, Cassie Bigelow. Shortridge puts themselves back into the game with a free kick and scored by Aaliyah