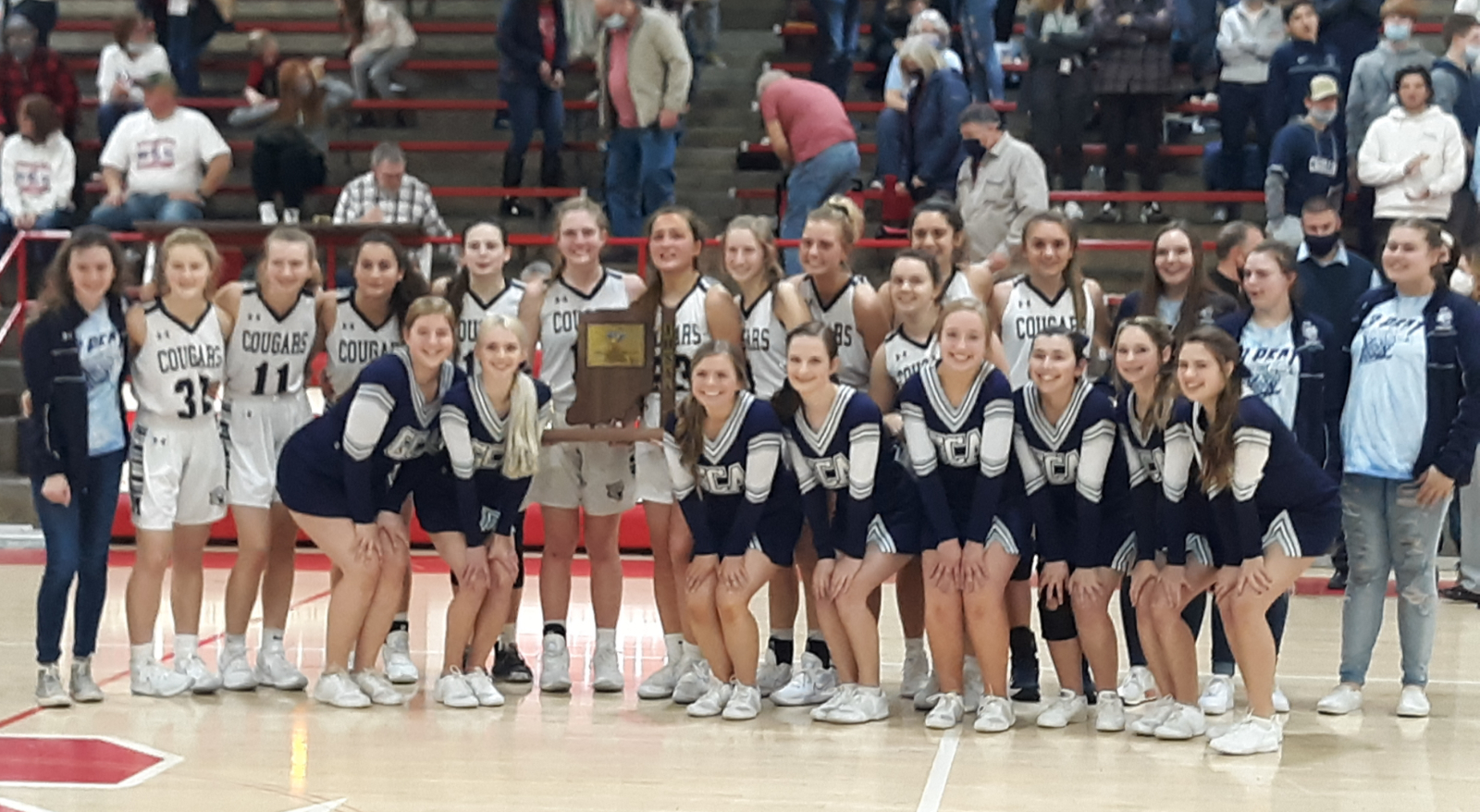 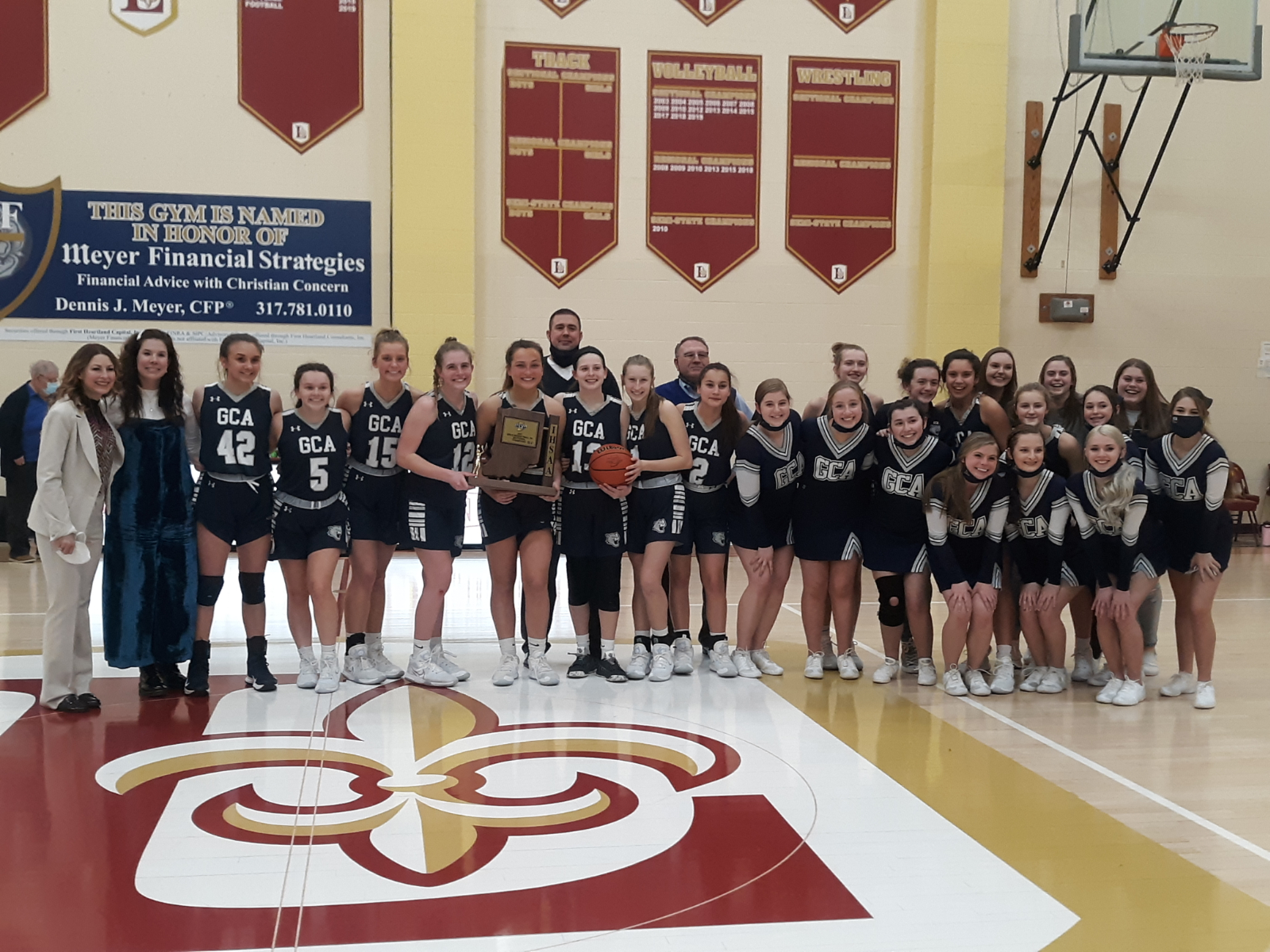 The GCA Lady Cougars ended their season at the Jasper Semi State on Saturday.  Defending State Champion Loogootee took the lead for good in the final quarter posting a 10 point victory 43-33. Senior Brooklyn Stubblefield lead the team with 14 points while Senior Izzy Reed scored 8 points and lead both teams in rebounds with 13.  Junior Dani Simon added 5 points and 4 rebounds.  Like all teams this season, they faced added obstacles along the way no there in past years.  Individual quarantines and 1 team quarantine along with some game cancellations shortened the regular season by a few games.  They finished the season with a record of 16-7.  This season saw them winning the PAAC Championship, Sectional Championship (3rd straight year), Regional Championship (2nd straight year), and a Semi State Appearance (2nd year straight).  Over the passed 3 seasons their tournament record was a highly respectable 13-2.  “Most high school players never get to win a sectional, or a regional, or play in a semistate game.  We have been blessed to have the opportunities we have had over the last 3 years.  The GCA Community is proud of this team and their accomplishments this year and years previous which are memories that will last a lifetime for everyone.”  Congratulations to this year’s Girls Varsity Basketball team and their Seniors Savvanah Frye, Izzy Reed, and Brooklyn Stubblefield.